Like CPT codes, the use of modifiers also requires explicit understanding of different things including  the purpose of each modifier. With the help of Modifiers,  a change in procedure can be showed. In  other words, Modifier actually indicates that the service or procedure has been altered by some specific circumstance, but there is no change  in definition or code.

Use of modifier is not limited. More than one modifier can also be attached to a procedure code if applicable.  People usually misunderstand that all modifiers can be used with all procedure codes but this is not the case. In addition to this, there is another misconception about Modifiers that they can  be used to report services that are "similar" or "closely related" to a procedure code. This is also wrong, modifiers are not intended to do so.

Before I explain the QZ Modifier, I would like to give a brief explanation of Anesthesia, as these Modifiers have direct link to it. Most of us know that what an Anesthesia is, and if you don’t know then it is the administration of a drug or anesthetic agent by an anesthesiologist or Certified Registered Nurse Anesthetist, also known as CRNA.

It is used  for medical or surgical purposes in order to relieve pain. This is not the only purpose of Anesthesia  but it is also used to induce partial or total loss of sensation or consciousness during a procedure, this function of Anesthesia is known as its primary function.

Besides this a  physician may be medically directing 2, 3, or 4 concurrent procedures. In such case, specific modifiers exist to designate the medical direction provided, the number of cases which are supervised, and whether or not the CRNA services were performed under the supervision and medical direction of a physician. 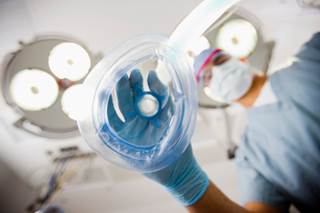 
According to Medicare, the Coding Guidelines are:
“The Part B Contractor determines payment for the physician’s medical direction service furnished
on or after January 1, 1998, on the basis of 50 percent of the allowance for the service performed
by the physician alone.”

While as per Reimbursement Guidelines,  the physician and the CRNA should use the appropriate modifiers to indicate the medical direction of anesthesia or supervised anesthesia services provided.
All Services that are submitted with modifiers QK, QX, and QY will be reimbursed at 50% of the applicable fee schedule rate. It is so because the supervision/services was  shared between two providers.

In case of two anesthesia services claims for the same patient, same date of service, and no
medical direction/supervision modifiers are appended,  only the first claim processed will be allowed.
While the  second claim processed is subject to denial as services furnished by another provider.

It is essential to use proper modifiers attached to the anesthesia codes while  Claiming for supervision of residents and student nurse anesthetist .An MDA filing a claim for medical direction of a CRNA must meet all of the seven Medical Direction criteria as required by CMS. The MDA must: