CPT Code for Cholelithiasis and Gallstones

A+ A-
Print Email
Learn ICD and CPT Codes for Cholelithiasis and Gallstones. Radiology coding has all types of charts from x-rays, Ultrasound, CT, MRI, Nuclear Medicine etc, to code. Ultrasound procedures are the most commonly found charts in radiology.

Whenever a patient comes with abdomen pain, physicians prefer to go for Ultrasound. Abdomen ultrasound is done either limited or complete. 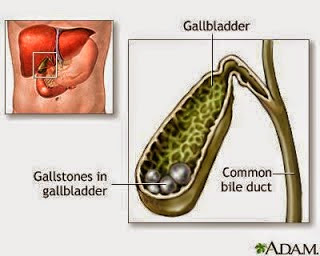 The ICD 9 codes for cholelithiasis are mostly used during coding such charts. Cholelithiasis is presence of calculi in gallbladder which is also called as gallstones.

Gallstones can cause obstruction in the gallbladder. Cholecystitis may be acute or chronic, which generally cause inflammation of gallbladder. While coding icd 9 codes for cholelithiasis one has to check the presence of cholecystitis has well, since there are some combination codes for both in icd 9 code book. Let’s have a look at the ICD 9 code for cholelithiasis and similar diagnoses.

The main symptoms causing this diagnosis are generally a pain in right upper quadrant of the abdomen (789.01). The pain is generally followed by nausea and vomiting (787.01) which can lead to cholecystitis and cholelithiasis. Hence when the patient comes with pain, nausea and vomiting physicians tried to look for gallstones and cholecystitis in the pathology report.
Posted by Adnan Malik
Labels: Abdominal Pain unspecified, Gastroenterology, ICD, ICD 9 code for Abdominal Pain, ICD 9 Codes, ICD Code 9, ICD Codes, Medical coding, Pregnancy, Transcription Coding