A+ A-
Print Email
For 2015, there was several radiation oncology code pairs identified to be performed together in most of the time and so are considered for bundling by the CPT Editorial Panel.

Radiology procedure CPT codes included in the current screening results include dual-energy X-ray absorptiometry, vertebroplasty, myelography and isodose calculation & planning. The radiology practices review the ways of procedures followed for the coded process. Also, they are expected to anticipate on how these bundled new code changes would impact the practices.

The ACR in conjunction with many specialty societies have worked on code proposals for the code cycle 2015. As a result, there has been a number of radiology and radiation oncology codes were to be created and updated in the year 2015.

It was assumed that a total of 22 out of the 35 newly accepted codes are from the requests of the AMA’s Relativity Assessment Workgroup (RAW). The purpose of RAW group is to identify the potentially disvalued services. 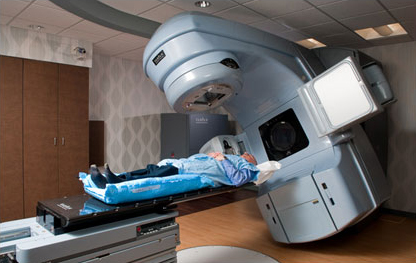 Currently, the group has identified several codes that are performed together or that services which were flagged previously as new technology and CMS/Other time source.

The ACR in conjunction with Radiological Society of North America and American Roentgen Ray Society has established three new Category I codes for describing the diagnostic & screening procedures for digital breast tomosynthesis. The present mammography codes in these procedures do not include any kind of additional physician work or practice expenses and so, new codes were necessary to describe the additional resources in the procedures involved in digital breast tomosynthesis.

Two new codes to describe either complete or limited breast ultrasound procedures were requested. The current breast ultrasound code of 76645 is proposed for a deletion. Code 76645, Ultrasound, real time with image documentation and breast(s) (unilateral or bilateral) was identified with a CMS/Other time source by the RAW screen of codes.

The dual-energy x-ray absorptiometry or the bone density study which includes vertebral fracture assessment and axial skeleton codes were identified as codes that are reported to be examined together in most of the times. The RAW requested that bundling of these 77080 and 77082 codes would be a solution for this family of codes. The deletion of 77082 along with an establishment of two new codes would help in describing DXA and vertebral fracture assessment in 2015 coding.

Interventional radiology requires a coding precision. The problems with these coders are numerous as there is a large number of coding to be read and interpret. Coding and radiology department are accountable for the quality of patient radiology coding. Most of the time, reports are less wordy and consist of codes which are to be ordered by the physician to the coder, in order to determine the necessity of patient examining. It is important for the professionals to share coding issues together with the radiology staff. For mitigating the results of confusion in the process of what is ordered and what is performed, reimbursement and compliance is critical.

Cryoablation for Liver and Bone Tumors

Because of the substantial clinical experience and clinical trial data that was published earlier recording the clinical benefits of cryosurgical ablation, have led to the proposal of two new codes for describing percutaneous cryosurgical ablation of liver and bone tumors. As for now, these procedures are described with an unlisted code.

The code, 62284 for myelography lumbar injection and the codes 72240, 72265 and 72270 for imaging guidance were identified as codes reported together more of the time by the RAW. So, they were proposed for bundling by RAW to the specialty societies.

There was a revision recommended to the imaging instructional parenthetical notes for directing the users to code 76000 which is for fluoroscopic guidance. This is particularly recommended when performed in conjunction with endoscopic foreign body retrieval.

There were three new codes added a per the proposal for describing ultrasound imaging guidance. This was requested as an inclusive component of arthrocentesis, as well as aspiration or injection of a joint or bursa. However, fluoroscopic-guided arthrocentesis will be remained as a component coded.

There were 5 new bundled codes created to reflect the process of brachytherapy and teletherapy isodose planning. Previously, both teletherapy and brachytherapy isodose planning codes are frequently reported to be used with basic radiation dosimetry calculation code. This was identified among the codes inherently performed together more than 75 percent of the time. This was because the planning codes require performance of dosimetry calculation as a part of the procedure.

There were many changes for 2015 addressing a number of interrelated issues; clinical practice and CPT clarification were initiated. Three new codes are created to report the radiation treatment delivery services with clarification. These codes contain the technical or professional component or the both. Fourteen current codes describing the ultrasound guidance and Category III codes were proposed for deletion. Revisions in the guidelines and radiation treatment delivery codes are also made.