A+ A-
Print Email
The Healthcare Common Procedure Coding System, or HCPCS, is a set of procedure codes for health care providers.
HCPCS codes include and are based on the Current Procedural Terminology or, CPT, established by the American Medical Association.
Since 1978, HCPCS has been used to describe specific medical procedures and is used by private health insurers as well as Medicare and Medicaid in determining eligibility and claims processing.

The 1996 Health Insurance Portability and Accountability Act of 1996 mandated the use of HCPCS codes for health care transactions. The term "UHC codes" refers to the use of these HCPCS codes by United Healthcare, a major health insurance company in the United States. 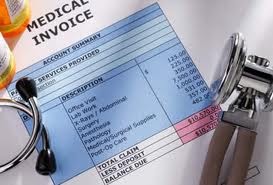 Endovenous laser ablation is used to treat large varicose veins in the legs. It is a relatively noninvasive procedure in which a laser fiber is inserted directly into the varicose vein. The laser then heats the vein's lining, causing it to shrink, collapse and ultimately disappear. The HCPCS or UHC codes for endovenous laser ablation CPT codes are 36478 for the first treated vein and 36479 for the second and subsequent veins.