A+ A-
Print Email
Medical billing and Fraud account for an approximate $80 billion a year in health costs in the US causing a detrimental effect onto the whole system at large.

The result has seen an upsurge of costs for Medical cover over the years' that has essentially made it difficult for many people to acquire sustainable medical cover that they can afford. Medical providers have been known to make extraneous mistakes when coding patients that has resulted in many patients being overcharged for services rendered.

Fraud and abuse as related to the medical industry have two different definitions. Fraud on its part is an intentional deception of facts that lead to unauthorized payment while abuse on its part defines actions that are improper inappropriate outside the acceptable standards of professional conduct. 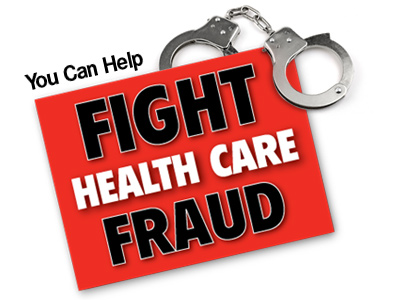 Fraud may include submitting claims for services that have not been rendered or falsifying the claims for the sole purpose of personal enrichment. Abuse on its part may include improper billing practices or failure to maintain accurate records for the purpose of billing. Fraud and abuse when combined can result on harm to people affected by them.

Medic billing Fraud and Abuse has become a national calamity with investigators and prosecutors nowadays more aggressive in investigating and prosecuting any form of fraudulent activities.

The following are some of the most common and vibrant Medical Billing Fraud and Abuse problems greatly affecting the health care industry.

Healthcare fraud is a type of white-collar crime that involves the filing of dishonest health care claims in order to turn a profit.

Fraudulent healthcare schemes come in many forms. Practitioner schemes include: individuals obtaining subsidized or fully-covered prescription pills that are actually unneeded and then selling them on the black market for a profit; billing by practitioners for care that they never rendered; filing duplicate claims for the same service rendered; altering the dates, description of services, or identities of members or providers; billing for a non-covered service as a covered service; modifying medical records; intentional incorrect reporting of diagnoses or procedures to maximize payment; use of unlicensed staff; accepting or giving kickbacks for member referrals; waiving member co-pays; and prescribing additional or unnecessary treatment.

Members can commit health care fraud by providing false information when applying for programs or services, forging or selling prescription drugs, using transportation benefits for non-medical related purposes, and loaning or using another’s insurance card. The following annual statistics are reported by the news media, by type of Healthcare fraud in United States:

Medicare Fraud Continues to Skyrocket despite of Anti-Fraud Laws and crackdowns. Medicare strike force under the Department of Justices and the Department of Health and Human Services uncovered and arrested more than 1480 suspects and for more than $4.8 billion in alleged healthcare fraud in Chicago, Miami, Dallas, Houston, Los Angles and Brooklyn.

Medical frauds in Medicare and Medicaid involves fraudulent prescriptions, bills submitted for inflated rates of service, for service that was never provided, fake medical supplies or billing against dead patients. 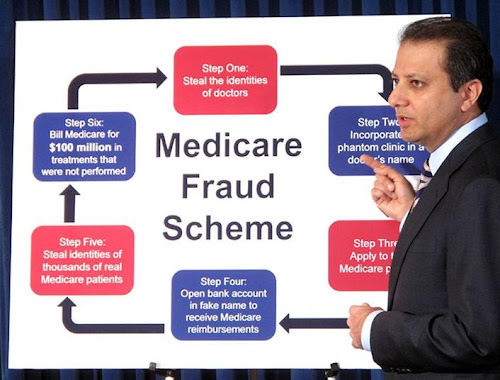 This is one of the most common fraudulent issues that involves health care providers submitting claims for a service that is more severe than the actual service that was rendered to a patient.

This can involve reporting a fractured knee while one was only bruised. Unnecessary treatment can also result in fraud as a provider might perform unnecessary tests in order to carry out billing.

Inflated hospitals bills are the other common medical billing fraud that patient s have constantly reported especially on gross overcharges for procedures performed.

There have been scenarios where patients have been overcharged on equipment’s offered. Inflated hospital bills also arise from billing for services or supplies that were not provided.

Length of stay is the other common front where issues with medical billing have been known to arise. Patients are supposed to be billed for the exact days they were in the providers facilities, at times it happens a medical provider adds the number of days a patient might have stayed in the facility for the purpose of personal enrichment.

Medical examinations are normally carried on patients depending on the conditions that one is experiencing. Some Health care providers have been known to generate automatically detailed patients observation profile by copying from other patients records that might have undergone the same tests using an EHR systems.

This most of the time results in patients being overcharged for tests that were not carried out in the first place. Phantom billing is the other error that can occur in this case that can result in billing for services never performed.

Service Fragmentation involves the billing of multiple procedures separately. This essentially results in double billing as the same services could be billed as one. Service fragmentation can also entail repeat billing where one service is billed twice.