A+ A-
Print Email
The Healthcare Reform including Affordable Care Act (Obamacare) is in full force instigating a series of changes in the health care industry that have already taken effect since the start of the year 2014.

The Affordable Care Act has already expanded coverage of medical insurance for young adults who were not covered under the previous health care act. Some of the changes include outlawed life time limits on what insurance companies are required to cover and the lowering of costs of drugs for seniors in Medicare. 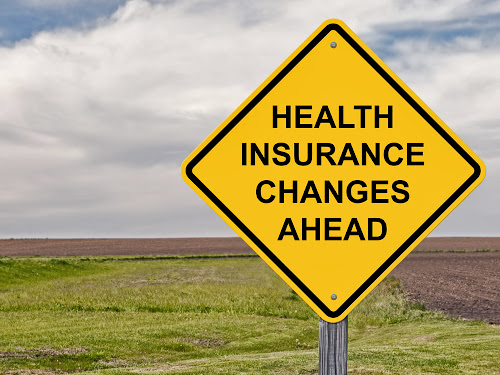 The new changes in medical insurance has seen more than 1.1 million people gain coverage through the federal exchange, HealthCare.gov and the federal and state exchanges. Some of the changes that are expected to be part and parcel of health insurance are discussed below.

The affordable Care Act under the individual mandate requires almost all individuals and their dependents to have health insurance in 2014. Failure to do so, one looks set to incur a penalty during the filling of 2014 income tax returns in 2015.

Medical Insurance Tax Penalty
The penalty to be incurred in 2015 is a 1% of the annual income or $95 per person whichever is greater. The penalties will increase with each year with uninsured kids incurring a penalty of $47.50.

Health Insurance changes for Employees
Penalties will also be incurred even if you insure your employees. This could happen if one or more of your employees opt out of a plan you might be offering for exchange of a plan that allows him/her to receive premium credit. This could cause employees a penalty of $3000 for each of the employee receiving a subsidy

Employers with more than 50 employees under their payroll will be required to provide health insurance for their employees. This requirement was supposed to start at the beginning of the year but has been delayed due to increased uproar by employers. The change has thus been delayed by a year, by the Obama administration.

Health insurers are required under the new changes to join medical devices makers and drug companies as participants in the payment of new taxes in exchange for new revenue. The premium tax on insurers is expected to raise $8billion in 2014 and more than 100 billion over the coming years. The money is intended to boost the Medicaid coverage and financial assistance for people purchasing marketplace health coverage.

The affordable Care Act estimates that over 9 million Americans will enroll for health insurance in 2014. Under the new changes non elderly adults who earn less than 138% of the federal poverty level will be entitled for Medicaid Coverage. This cap aims at covering the less privileged childless adults in the society a group that over the years has been shunned. The cap also intends to cover disable persons who do not meet requirements for supplemental security income.

New consumer rights and protections will only apply for individuals and small group markets under the new Affordable Care Act. The new rules guarantee full access to individual and small group coverage regardless of past health problems. Each plan under the revised changes will cover at least 60% of medical costs while limiting the amount that older policy holders would be charged.

Insurers under the revised changes will not be allowed to change rates based on gender or occupation or medical claim history. If acclaim is turned down insurers will be mandated to explain why and how they came about the decision.
Posted by Adnan Malik
Labels: Affordable Care Act, Health Insurance, Health Insurance Reforms, Medical Billing, Medical Billing Coding Updates 2014, Medical Insurance, Obamacare