A+ A-
Print Email
Breast Cancer is the most common type of cancer in women in the United States. However, there are screening procedures available to diagnose breast cancers in the early stage.

We are listing the Breast Cancer Screening ICD and CPT Codes invloved in the diagnoses and procedures coding for screening malignant neoplasm of the breast.

Screening is the testing for diseases in seemingly well individuals so that early detection and treatment can be provided for those who test positive for the disease. If testing is performed because the patient has a sign or symptom, the sign or symptom code is used to explain the reason for the test, not the screening code.

The following ICD 9 V Code categories are reported to indicate that a screening exam is planned. A procedure code is also required to confirm that the screening was performed. ICD 9 V73-V82 Special screening examinations are used for the purpose. 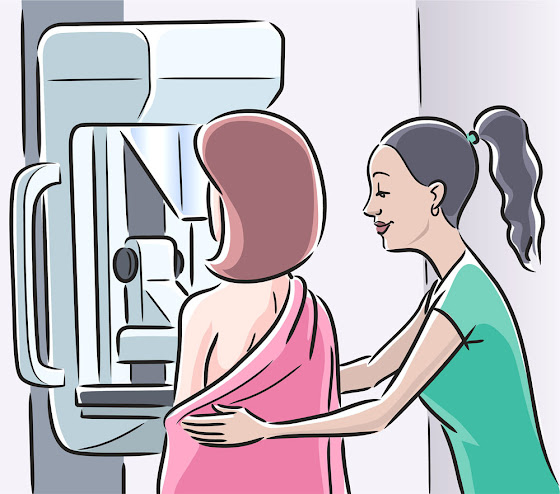 Every woman is at risk for developing breast cancer, and the risk increases with age. According to the Center of Disease Control and Prevention (CDC), approximately 94 percent of breast cancers are diagnosed in women older than age 40. Mammography is the best available way to detect breast cancer early, when it is most curable. Timely screening can reduce breast cancer mortality in women 40 and older by 17 percent to 30 percent.


Example: A healthy 40-year-old woman presents to the radiology department for a screening mammogram. The patient has no symptoms or known risks for breast cancer. Assign code V76.12.

The following ICD 9 codes may be assigned with code V76.11 to identify why the patient is considered to be at high-risk:


Example: A woman with no symptoms is referred to the hospital for screening mammogram. The patient is considered high risk for breast cancer secondary to family history of breast malignancy in the mother and sister. Assign code V76.11 followed by code V16.3.

A mammogram is a low-dose X-ray of the breast that can find lumps that are too small to be felt during a breast examination. The breast is compressed firmly between two planes and pictures are taken. This spreads the tissue and allows for a lower X-ray dose. A screening mammogram is used to detect breast changes in women who have no signs of breast cancer. When the patient has signs or symptoms of a suspected disease then a diagnostic mammogram is performed and coded instead.

A screening mammogram is inherently bilateral and is reported with Breast Cancer Screening CPT Codes 76092 and G0202 given below:
Code 76083, Computer aided detection (CAD); screening mammography, may be assigned as an additional procedure code when it is performed in addition to the primary procedure. The additional CAD code indicates that a laser beam was used to scan the mammography film and then the image was converted to digital data for computer analysis.