A+ A-
Print Email
A condition which is marked by the swelling of the cartilage that joins the rib to the sternum or breastbone. It looks like a junction and it is referred as the costosternal joint. It is considered as the most common cause behind chest pain in adolescents and children. According to doctors, approximately 650,000 cases of chest pain arise every year in young people of age group 10-21 years. The peak age for the occurrence of this disease is 12-14 years.

If you are feeling pain in the chest region then keep yourself away from Stress  because it is known to worsen the sensation. Too much physical effort, in the form of heavy lifting and strenuous exercise, has been linked to the development of this condition. Severe coughing has also been considered to be a possible cause. An injury in the chest in the form of a blow or strike could also give rise to this problem. An infection of the rib joint by microbes, such as bacteria, fungi or virus may also lead to the problem. The condition may also arise due to cancerous and noncancerous tumors. Cancer may shift to the rib joint from any other area such as the lung, breast or thyroid.

This medical condition is usually diagnosed by a physical examination of the tender and painful region. While examining , doctors usually touch the areas along the breastbone to sense any swelling or tenderness. Patients could be asked to move their arms or rib cage in certain ways that can help trigger the symptoms in sufferers. 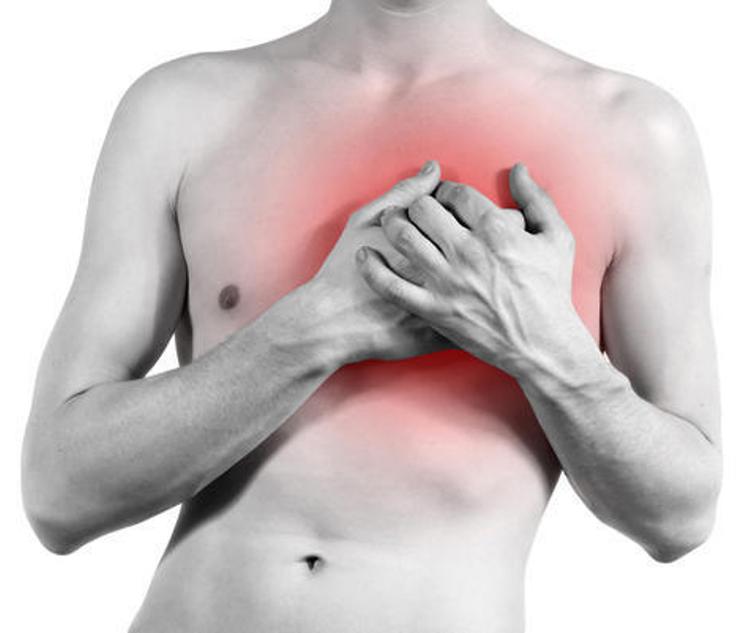 Inflammatory Costochondritis
It is characterized by inflammation or swelling of the region. The exact cause of inflammation is not known.

Infectious Costochondritis
This is another type of Costochondritis, that arise due to a bacterial or fungal infection of the affected spot. It may also arise as a post-surgical or a post-traumatic infection which can occur months after a surgery on the area or an injury to the affected region.

Chronic Costochondritis
When there is swelling of the bones and cartilage of the chest wall and patient feel severe chest pain, this condition is described as Chronic Costochondritis.  Chronic cases of this condition are too difficult to diagnose. Doctors often confuse the painful symptoms with effects of depression and end up prescribing anti-depressants to patients. In this condition, patients may suffer from painful symptoms in the sides of the ribs, the sternum or the frontal region of the chest.

Following are some important symptoms of Costochondritis:

Some other less common signs and symptoms of this disorder include:

This condition don’t need always treatment. Generally it resolves on its own. In some cases, however, the disease persists for several months or even more. Following treatment may help: