A+ A-
Print Email
In medical world, Hidradenitis is considered as one of the most common mis-coded condition. It  is commonly incorrectly documented which leads to mis-coding.  Hidradenitis is simply an inflammation of the sweat glands.

In professional language, it is defined as a chronic suppurative disease that produces scarring of the skin and subcutaneous tissue. Clinically visible are at least two blackheads with several surface openings, subcutaneous communication, and subsequent abscess formation in the axillary region.

It is said that communication between coder and care provider is the most important factor in the process of documentation as well as code determination. Besides good communication between the provider and coder, there is another important factor which is usually ignored is the confidence of the provider that his or her coder is committed to correctly coding and billing for all services rendered. This confidence factor is very important in order to enhance the documentation and coding. 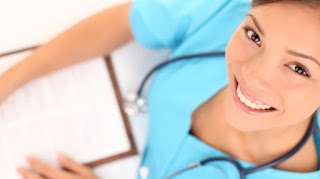 Hidradenitis Excision CPT Code
In regard to Hidradenitis, generally a physician state it as a sign or symptom rather than a definitive diagnosis.  Often Hidradenitis is referred to as an ‘abscess’ in the underarm area, and does not even state that the condition is a Hidradenitis.

Being a coder, you may unaware of the fact that  CPT codes 11450 - 11471 are used for the specific treatment of Hidradenits for excision and repair.  CPT code 10060 incision and drainage of abscess also refers to Hidradenitis. After having a look at physician description, if you suspect that the patient may have Hidradenitis, you should put a quick query, and make clear the confusion.

As mentioned above, CPT has specific codes for the treatment of Hidradenitis using excision and repair. These codes are from 11450 – 11471. However, if the physician is simply performing an incision and drainage of the hidradenitis, then CPT codes 10060-10061 would be appropriate. Now if the physician doesn’t describe the procedure in detail than its impossible for the coder to determine, which code should he take for the procedure.

Determination of Appropriate CPT Code Range
This complex situation can be explained with the help of this simple example. According to patient history, patient had previous excision of axillary hydradenitis x 2 years ago,  however, had residual disease in both axilla with chronic re-draining of the cyst from hydradenitis. There is an area in each axilla which is to be excised today.

Now under local anesthesia, an elliptical incision is first made on the left side to encompass the area of chronic hydradenitis of 3.5 cm by 4 cm. Wound was then irrigated with saline. Later wound was closed utilizing a layered closure with interrupted 3-0 Vicryl. The skin layer itself was closed using interrupted 5-0 nylon. Attention is now directed to the right side where a similar procedure was carried out encompassing the involved area measured as 2.3 cm x 4 cm with the closure being identical to the opposite side. All of the active areas of hydradenitis were completely excised.

At the end, it can be concluded that communication between the coder and the provider of care is actually the most important factor for successful documentation as well as coding for integumentary/skin and dermatology areas.

Being a coder, you should immediately clear your  doubt, if you have any. Complexity of job nature is obvious but you need to hold your code until you can clarify what was actually performed, then ask your physician to amend or clarify within the record what was performed. All documentation should match what was coded and billed.