A+ A-
Print Email
CPT Modifier 52 and 53 are usually used for procedures that have been reduced or discontinued during aborted, unsuccessful or incomplete surgeries. There exists a lot of confusion between using modifier 52 or 53. One reason lies in the choice of words used to define the codes and their descriptions as well. Discontinued procedures are reduced services and reduced services could be the result of discontinuing a procedure at anytime during the ongoing intervention.

So a simple rule of thumb is that if the intended procedure or surgery is completed, but the description of the intended and completed intervention is less than any defined CPT® code, modifier 52 should be used. While if a procedure or surgery was unsuccessful, incomplete, discontinued or aborted, than modifier 53 should be used with an explanation. An explanation may include the details about how continuing the procedure could threaten the well-being of the patient.

Besides all other differences, one thing is common in both i.e. detailed, accurate operative report documentation is extremely important while billing services with these modifiers. Its important to know that reimbursement is directly assigned based on the procedure documentation. The payer calculates payment based on how much of the procedure was actually completed. 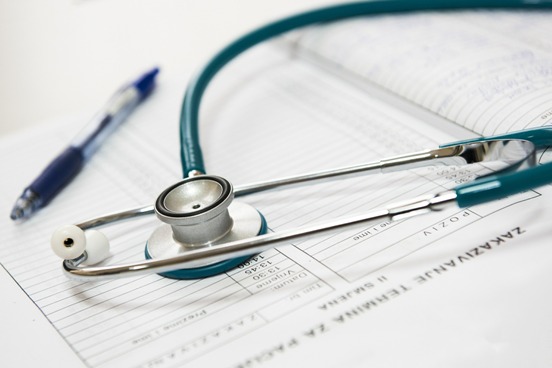 Here you can find all relevant information about CPT Modifier 52 and 53 and Medicare Claims Reimbursement.

Modifier 52 is usually used for reduced services. It may occur under certain circumstances that a service or procedure is partially reduced or eliminated at the physician’s discretion. There can be several reasons behind the physician’s decision. In this situation, service provided can be identified by its usual procedure number and the addition of the modifier 52, which indicates that the service was reduced.

Modifier 52 should be used when:

• CPT® or HCPCS code exists to describe most of the procedure but no code exists for the intended reduced service provided.
• when an intended procedure is completed, but the procedure is less than is described in the CPT® or HCPCS code.
• when a surgeon calls in another surgeon in order to manage another finding discovered during an operation.
• when a procedure which is normally performed on a bilateral approach involves only unilateral completion due to difficulties in completing the intervention.

Modifier 52 should not be used:

• for procedures that were terminated.
• for time based codes or for an incomplete procedure.
• in order to provide payment discounts to patients.
• if a CPT® code accurately describes a procedure as unilateral or bilateral.
• with evaluation and management (E/M) encounters. Although some payers may allow this, but some like Medicare does not.

Modifier 52 is being used by different payers differently. Some may apply a standardized percentage reduction in service like United Health care pays 50%. While some others may not recognize this modifier at all.

Medicare pay fees for services that represent the average work effort and practice expenses required to provide a service. Thus, carriers may increase or decrease the payment for a service only under very unusual circumstances based upon review of medical records and other documentation.

Claims for surgeries billed with a 52 modifier, are priced by individual consideration if the statement and documentation required are included. Pricing for “-52” is not done without the required documentation.

Modifier 53 is basically there for discontinued procedure. There could be some situations, in which the physician may elect to terminate a surgical or diagnostic procedure. There may be some factors that threaten the well-being of the patient, or maybe patient’s life. In such case, use of Modifier 53 is recommended, that indicates that a surgical or diagnostic procedure was started but discontinued.

Modifier 53 should be used when:

• equipment malfunction prevents completion of the intended procedure.
• the procedure is terminated for reasons beyond the physician's control.
• the patient is having a complication of the procedure or cannot tolerate the procedure.
• procedures are terminated prior to completion, like colonoscopy is discontinued due to a poor colon preparation or anatomic variation that prevents completion or a surgery is aborted because the patient's vital signs decompensate.
• the surgery or procedure is discontinued after anesthesia is administered.

Modifier 53 should not be used:

• while converting a laparoscopic or endoscopic intervention to an open intervention.
• with E/M services or with time based codes.
• for elective cancellation of a surgery or procedure.
• for discontinued surgeries prior to anesthesia induction or surgical prep.

It reduces the normal fee by the percentage of the service you did not provide.
whatever the insurance company says they're going to pay you and you'll have to go through whatever appeals process they have in place for denials or reductions in claims if you want payment for your services.