What is CPT Modifier 25 for Medicare Billing

It’s important to be noted that on the day a procedure or service identified by a CPT code was performed, the patient’s condition required a significant, separately identifiable E/M service above and beyond the other service provided.  This service may be prompted by the symptom or condition for which the procedure or service was provided.

Relevant information about Modifier 25 can be taken from several nationally recognized sources. Centers of Medicare and Medicaid services require some conditions which should be met before using modifier 25 i.e. the services are provided by the same physician to the same patient on the same day as another procedure or other service. Modifier 25 can be used for outpatient, inpatient, and ambulatory surgery centers hospital outpatient use. It can be used in other situations like with critical care codes and emergency department visits. 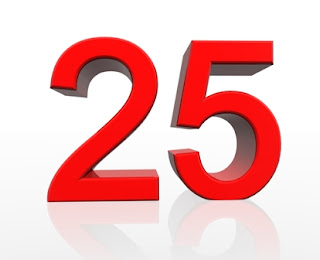 When Not to Use the Modifier 25
Under following circumstances, it is recommended not to use modifier 25. These include:

Following are some simple rules that one should consider while using Modifier 25. It is important to inform third-party payers about Modifier because they tell a story of what is actually being done. A link of modifier to the E/M CPT code is always good. Two different diagnosis codes are not necessary and the most important is to document both the E/M and procedure.

When you submit a claim coded with a 25 modifier to the insurance carrier,  it is automatically clear that you will be paid for both the E/M visit and the minor procedure. It is understood that  Modifier 25 can be used only for evaluation and management service only.

It can never be used  to a procedure. So if you want to claim coded with Modifier 25, then a significant and separately identifiable E&M service should be there, that was provided on the same day as a minor surgical procedure. Minor procedure is defined as a procedure with zero to ten global days in the center of medical service.

According to NCCI manual, the decision to perform a minor surgical procedure is included in the payment for the minor surgical procedure and should not be reported separately as an E&M service. Only the reason that patient is new to the provider is not sufficient to justify reporting an E&M service on the same date of service as a minor surgical procedure.
In addition, the payment for evaluating the condition and deciding to perform a procedure is considered part of the payment for the procedure, unless there is a significant and separately identifiable service performed.
It is advised to not report a separate E&M service for a planned procedure. There are many minor procedures on healthy patients, which don’t t require a separate E&M, such as lesion destruction or punch biopsy. Usually the evaluation of the lesion is taken and paid as part of the destruction or biopsy. For an unrelated problem or when the problem being evaluated wouldn't necessarily result in the procedure, it is permissible to report an E&M service.