What is a QN Modifier for Medicare Billing

A+ A-
Print Email
For Medicare purposes, modifiers are two-digit codes appended to procedure codes and HCPCS codes. They are used to provide additional information about the billed procedure. Mostly,  addition of a modifier may directly affect payment. A list of modifiers is always available on internet that includes the modifier description and instructions. In addition, you can also find, whether the modifier affects the Medicare payment or not.

QN modifier is the sub category of HCPCS modifiers, and work in almost exactly the same way like CPT codes. CPT and HCPCS codes are so similar, in fact, that you can regularly use modifiers from one code set to the other. The HCPCS modifier –LT, for example, is regularly used in CPT codes
when you need to describe a bilateral procedure that was only performed on one side of the body. 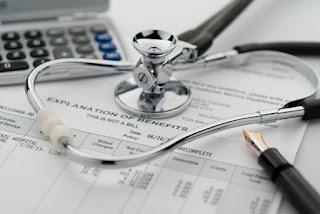 A simple example may clear the QN purpose and its terms of use. For example, if a patient is suffering from bronchitis and asthma. Patient cant breath  normally and he  calls his doctor to seek help. The doctor advises him to go directly to the emergency room. In hospital, the doctor arranges with the service provider, to pick up the patient in an ambulance with basic life support systems, also known as BLS.

Now in this case, an ambulance has used, and in order to code this procedure on a claim, firstly  it would be looked at the A-codes of HCPCS,  where the ambulance codes reside. A0428 is there and labeled as for  Ambulance service, basic life support, non-emergency transport. Now we have our base HCPCS code.

But as the doctor has arranged ambulance with the help of service provider, means that ambulance was provided by the healthcare provider so now we should add a modifier to explain this. It may sound strange that how only an ambulance can greatly affect the amount of money owed for a procedure but it affects.

Here it would be better to give another example that uses a combination of CPT codes, CPT modifiers, and HCPCS modifiers. For example, if a patient is suffering from a “felon” abscess, which is a complicated infection of the pulp on the distal, or last, phalanx of the hand. now that patient requires the drainage of a large, felon abscess on the tip of the middle finger of his left hand. During the procedure, due to agitation,  doctor decides to discontinue the procedure.